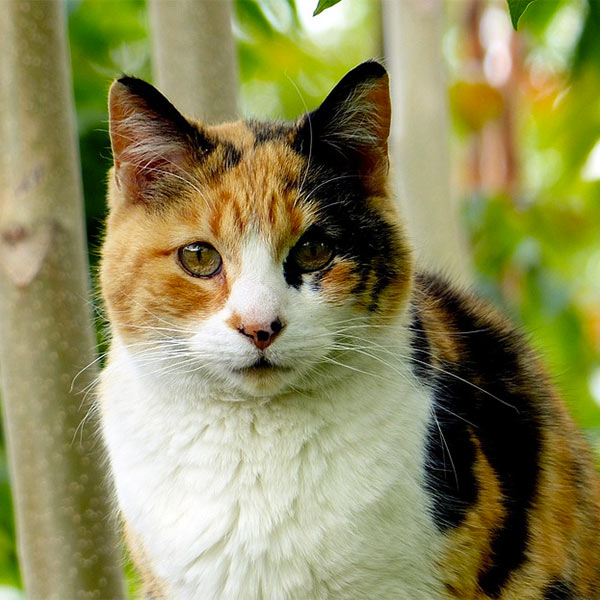 A spayed female Domestic Shorthair cat was almost five years old when she first came to see me on January 5, 2004. She began vomiting partially digested food in May 2003 and would vomit every two to three days in the evening, after dinner. This was accompanied by excessive hunger. And though she was eating canned food, she was drinking a lot of water. Her guardian described her as a skittish cat, fearful of noise and strangers. She would startle when people entered the room, even family members.

I chose to begin therapy with a homeopathically chosen LM potency based on her whole history and symptomatology. A follow-up consult on Jan. 26 revealed less frequent vomiting, and improvement with hunger, water consumption, and skittishness. As of Feb. 20, her appetite was normal and she stopped drinking excessively.

We gradually increased the potency to LM6 over the next 4 months until it was clear that we were not making further progress. On further questioning, I learned that the anxiety was not improving: she was still afraid of strangers, still intimidated by the family’s other cat, and still skittish when people entered the room.

She received a new remedy every 3 days (starting in December 2004). At a follow-up exam in Feb 2005, the guardians reported that she was more confident and less anxious. The vomiting had increased at first but there had only been 2 episodes since Dec 26.

The next consult was in Aug. 2005. There had been no vomiting since May. The anxiety had also improved. We stopped the remedy at this point, since she was asymptomatic. She came to see me in February 2006 because there was hair loss on her thighs and abdomen (due to itching). Though there had been no vomiting, She was skittish again.

We resumed the remedy every 3 days to complete the cure. By March 28 the hair had regrown and there was no recurrence of vomiting. She had become more comfortable around visitors and was even less skittish. The remedy was discontinued in May 2006. She has been symptom-free for two years.

Comment: The significance of the itch in February is that the vital force pushed the disease out to the skin: this follows Hering’s Law of Cure and it confirms the curative effect of the remedy.