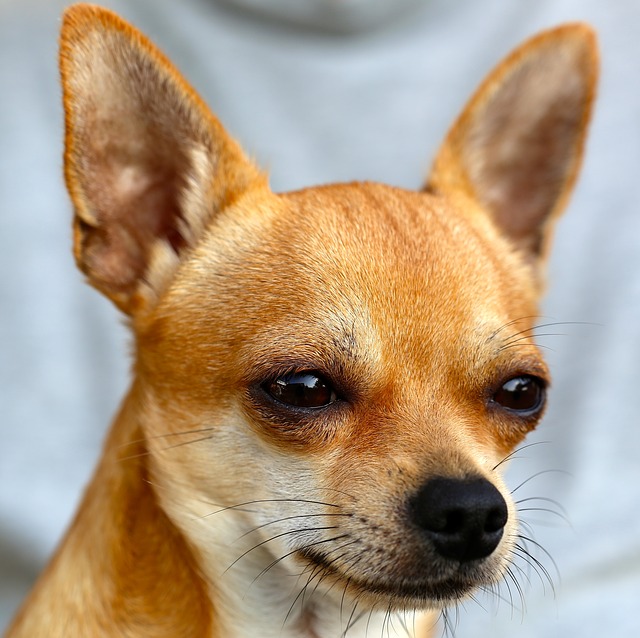 A 7-month old Chihuahua came to see me.  He had been vaccinated Nov. 9, 2004 and adopted one week later.  A few weeks later he underwent surgery to remove intra-abdominal testicles.  Foot chewing and diarrhea (soft, unformed stool) had been present since adoption, though the diarrhea resolved after treatment with metronidazole (in December).  On Jan. 24, 2005 he had a grand mal seizure at 3:00 A.M. He woke up, vomited, fell over, and then was stiff with glazed eyes for 30 seconds. When he woke up in the morning, he seemed normal though quieter. A blood test revealed elevated liver enzymes.  Additional information included: trouble with house-training (and training, in general) and obsessive licking of the owner’s hand.  Also, he was a very sleepy fellow: he slept most of the day and all night.  He was even less active after the seizure.

Physical exam revealed mild lymph node enlargement, dental tartar (unexpected in a young dog), and an overbite.  In my experience, seizure activity in a young dog is usually associated with vaccination (distemper or rabies).  In this case, the sleepiness, nighttime seizure, the itch, training problems, and stubborn tendencies all pointed to one of our rabies vaccinosis remedies which was dispensed Feb. 1.

After 3 doses, his energy had recovered to the pre-seizure level (still low) and the behavior was beginning to change. By Feb. 20, his activity was 25% better (more playful) and he had not had any accidents in the house for 3 weeks. He had stopped the obsessive hand licking (he was responding to training). He was still chewing his feet.

By March 24, his activity level was considered normal for his age. He would have diarrhea after eating turkey.

By April 28, he was fully house-trained. He was also more obedient and less stubborn. And by the way, the separation anxiety and destructiveness (new information) was resolved. When improvement stopped (foot chewing and diarrhea), we switched to a slightly higher potency of the same remedy.

Our last consult was on June 24, 2005. He no longer developed diarrhea after eating turkey. The foot chewing was only occasional and there were no behavioral problems. At this point, his guardian decided to discontinue homeopathic therapy. She transitioned him to a raw diet. In August, she reported that the foot chewing was gone. As of June 9, 2009 there has been no recurrence of symptoms. He has not had any more rabies vaccines: his blood titers are adequate.

Comment: The homeopathic remedy was curative, with symptoms resolving from the inside, out. First the energy and behavior improved. The last symptom to resolve was the itch.